On Wednesday October 11, 2017, a group of actors go to De Noordwijkse School. All the children watched this show. The play was about a man, Ludvico. His brain was completely filled with stories, ideas and dreams. He did everything to clear his brain a little bit, but nothing worked. On a day he got a good idea: writing. And this was the subject of the show.

At the end of this show we gave them a nice drawing glued with origami animals. Also we gave them a very nice jar with self-made paper flowers in a lot of colours.

With the show ended we asked them a few questions:

All the children liked this show very much. We laughed also many times. At the end we gave them a big applause. 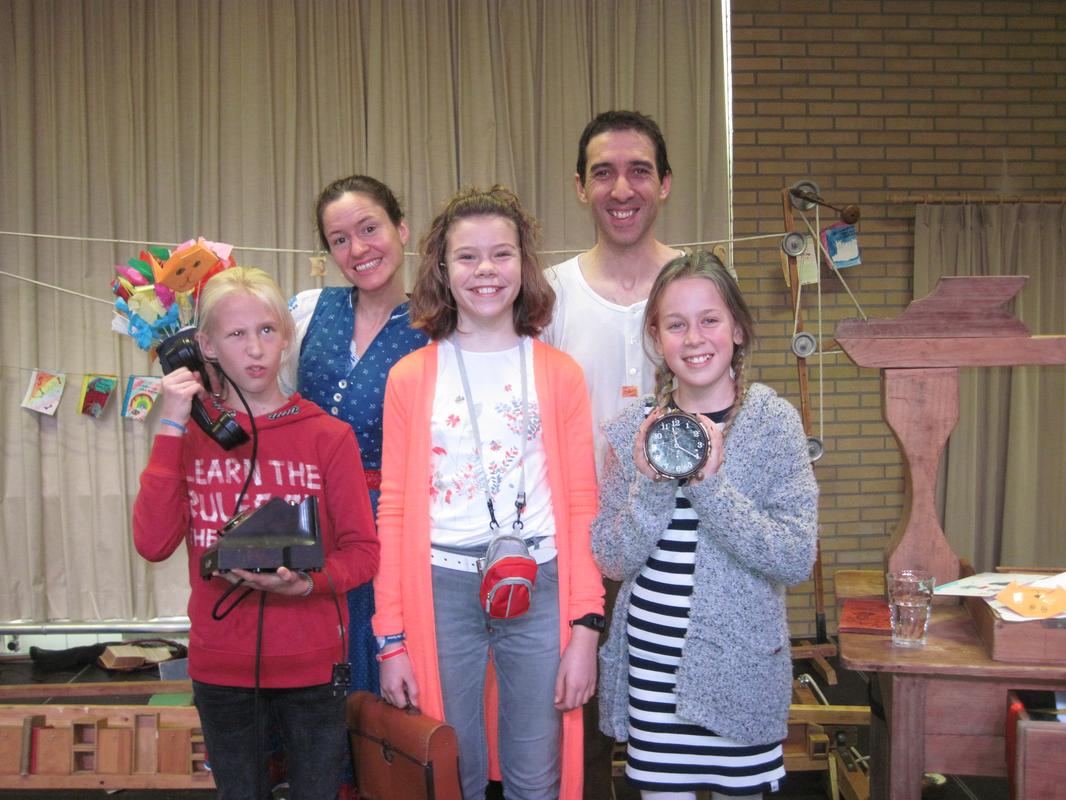 Written by Lauren, Santana and Hjördis